Get ready for that seventh inning stretch, breakout the peanuts and cracker jacks, because we don’t care if we ever come back. The smell of fresh cut grass is in the air, the pop of a baseball hitting a glove can be heard all over the country. The point being it’s baseball season and it’s time to head to the ball park for a nine inning vacation.

Over the rest of the week our own Shea Payne will be previewing all 30 teams. He got us started in the AL East, but now we move on to the National League East. So theres nothing else left to say, but Play Ball! 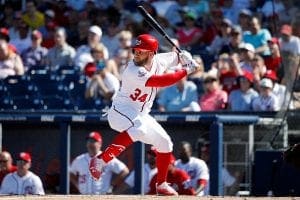 After winning the NL East last year but once again failing to win a playoff game, the Nationals find themselves going into 2018 under new management and should be able to take advantage of a weakened division.

The Nats obviously have some key pieces returning, Ryan Zimmerman and Bryce Harper just to name a couple, but they are also bringing back on of the strongest pitching rotations in the league.

This rotation was led up by ace Gio Gonzalez in 2017 and the Nats boasted a 3.88 team ERA and allowed just 672 runs, this in turn allowed Washington to put up a +147 run differential on the season.

If the Nationals put up those kinds of numbers from the mound in 2018, the East may very well be locked down. 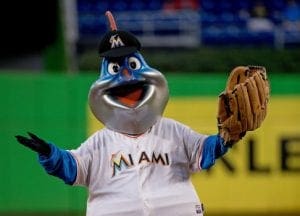 The losses of Giancarlo Stanton, Dee Gordon, Ichiro Suzuki and Marcell Ozuna have weakened Miami’s lineup significantly and they may struggle to find the offense early in the year.

Production in the batter’s box will most likely fall to Starlin Castro who the Marlins picked up from the Yankees in the offseason, but Miami’s options on offense are limited. This should not be a very productive team until the middle of the summer, if at all this year. 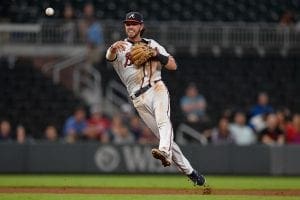 The Braves have a very solid foundation in the minor leagues that has the potential to make them very good one day.

The problem is that foundation is stuck in the minor leagues and the front office refuses to act on it.

To compound this seemingly easily fixable problem, Atlanta just sent Ronald Acuna, who was batting an incredible .432 through the first half of spring training, down to the minors for completely unknown reasons.

This combined with that thing where they bring in a bunch of players that are past their prime because of name recognition (Brandon Phillips, Matt Kemp, etc.) does not tend to lead to a lot of wins.

The Braves have a very good chance to give Washington a run for their money this season if they change some things around. If they can’t do that then the wildcard could still be in play, but unless the front office decides to make the right moves and make them soon, this is going to be another long year in Atlanta. 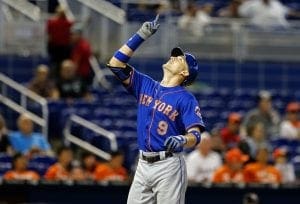 The Mets are bringing a lot of the pieces back this year that put them in the world series just three years ago, the only problem is those are the same pieces that brought them fourth place in the East in 2017.

The only real production they lose from last year is that of Curtis Granderson, who batted .228 last year and drove in 52 runs, appearing in just 111 games for New York.

The real story here is management, new manager Mickey Callaway will have the task of bringing the Mets back to the heights of 2015, but with a lineup that hasn’t been able to produce the way it should for a couple years, this will be a difficult task. 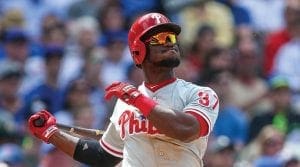 Rounding out what may be the weakest division in baseball right now, Philly will have to do things quite a bit differently if they want to avoid finishing last and winning less than 70 games again this year.

The lineup will essentially stay the same for Philly, with the exception being Shortstop Freddy Galvis who is now in San Diego, so this could be a team fans would rather not watch in 2018.

However, there is a bright spot that could make a impact on where the Phillies wind up in the division this year. That bright spot being pitcher Jake Arrieta who signed with the Phillies just a couple of weeks ago.

Also much like the Braves, Philadelphia has some real potential in their minor league system.

Yet, much like Atlanta they have failed to bring most of that talent up to the big league level.

If this is the year they decided to pull some guys like pitcher Sixto Sanchez (No. 26 prospect in the minors), second baseman Scott Kingery (35th overall prospect) and shortstop J.P. Crawford (37th overall prospect) the Phillies could possibly change their fate.

This team is under new management at a few levels and it should be interesting to see the changes made over the season.